UNNATURAL HISTORY OF THE RAILWAY

Engine drivers— Rare birds, dusky plumage. Generally useful. No song; but for a consideration will jump points, signals etc. Have been known to drink freely near the haunts of man — especially at isolated stations. Occasionally intermarry with station-master’s daughters (see station masters). Known colloquially by such names as “Hell Fire Jack,” “Mad Hector,” “Speedy Steve,” “Whaler,” “Smokebox,” and “Bashes”. Many poems have been written around the lives of these creatures: notably “The Runaway Train” and “How I drove the Express.” Great sports, often carried from their engines suffering from shock—caused by wrong information.

Cleaners — Very little is known regarding the habits of these animals. How the name originated still remains a mystery.

Guards —-Fairly common. Red faces. Can go a long time without water. Easily recognisable by their habit of strutting up and down. Shrill whistle, but no sense of time. Sleep between stations, hence common cry of “Up Guards, and at ’em.” Serve no generally useful purpose, but can be trained to move light perambulators, keep an eye on unescorted females, and wave small flags.

Porters -— Habits strangely variable. Sometimes seen in great numbers: sometimes not at all. Much attracted by small bright objects. No song, but have been known to hum — between trains. Naturally indolent, but will carry heavy weights if treated rightly (i.e. sufficiently). Natural enemies of passengers (which see). Treated with contempt by station-masters (which see)

Repair Gangs— Plumage nondescript. Migratory in habit. Nests are conspicuous and usually found in clusters near railway lines. No song but passengers assert their plaintive echoing cry of “Pa-p-er” is unmistakable. ,

Passengers — Very common. Varied plumage. Will stand anything as a rule, but have been known to attack porters (which see). Often kept in captivity under deplorable conditions by ticket inspectors, guards etc. Will greedily and rapidly devour sandwiches and buns under certain (i.e. rotten) conditions. These-birds are harmless when properly treated, and should be encouraged by all nature lovers.

Established in 1891 after the retiring Commissioner for railways in NSW (1878-1888) gave his departure ‘honorarium’ of 500 pounds to the establishment of a ‘library’ for all rail workers. The Government matched the donation and the Institute building was established at Redfern, in Sydney. Rail workers were entitled to free membership, their sons could pay 5 shillings annually and classes were conducted for wives and daughters. 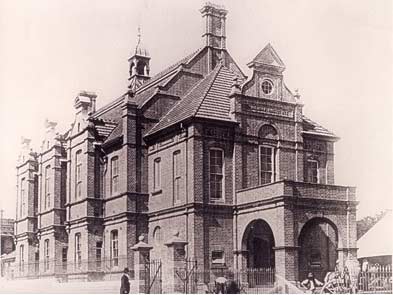 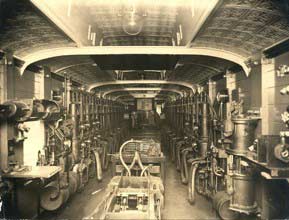