Train names have become part of our folklore

One of our most famous trains was called ‘The Fish’ and, as is with folklore, the meaning was lost over time. Sometimes other meanings are circulated. The ‘Fish’ train was so-called because the driver’s name was Salmon, the fireman was Trout and guard Pike (Found in the manuscript papers of Cunningham Henderson (Born1864-1950)

A Texan is bragging to an Australian on the train journey across the Nullabour.
“In Texas”, he drawls, “you can get on a train, ride all day long, and still be in Texas by nightfall”.
“Yeah,” replies the Englishman, “we have slow trains here too”. 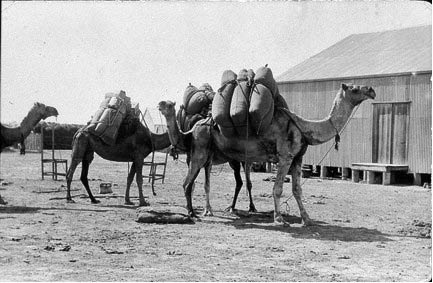 The Australian railways were built by men from all walks of life and all nations. The Afghans, with their camels, played a leading role and have been commemorated by the naming of the trans-continent train, The Ghan. It has been said there are more wild camels in the Australian outback than the entire Middle East. 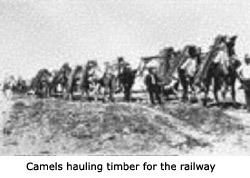 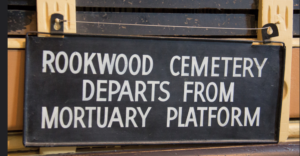 For a history of the Mortuary Railway go to our main menu and search for ROOKWOOD.