Warren Fahey sings ‘A Ticket of Leave’ a ballad from the transportation era.

A TICKET OF LEAVE AT BOTHWELL 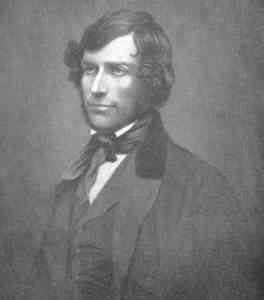 ‘Rural population!’ – it is almost profane to apply the title to these rascals. All the shepherds and stock-keepers, without exception, are convicts – many of them thrice-convicted convicts! There is no peasantry. Very few of them have wives; still fewer families; and the fewer the better. Their wives are always transported women, too; shoplifters, prostitutes, pickpockets, and other such sweepings of the London pavements. Yet, after all, what a strange animal is man! The best shepherds in Van Diemen’s Land are London thieves – men who never saw a live sheep before they were transported, and what is stranger still, many of them grow rather decent – it would be too strong to say honest – by there ere contact with their mother earth here. They are friendly to one another – hospitable to travellers (partly because they thirst for news) and otherwise comport themselves partly like human beings. Yet human they are not. Their training has made them sub-human, preterhuman; and the system of ‘British reformatory discipline’ has gone as near as to making them perfect fiends, as human wit can go. One is perpetually reminded here of that hideous description of van Diemen’s Land, given by a person who knew it well – ‘Let a man be what he will when he comes here, the human heart is taken out of him, and there is given to him the heart of a beast’. What a blessing to these creatures, and to mankind, both in the northern hemisphere and southern, if they had been hanged!