In 1974 I started corresponding with Ewan MacColl and Peggy Seeger about a possible tour of Australia. Neither had been to Australia and had always longed to visit. 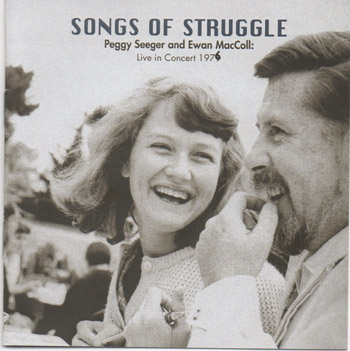 Peggy had recorded numerous bush songs accompanying A.L.Lloyd on his early Wattle/Topic recordings and had a certain affinity with our musical history. Bert Lloyd had obviously told her, and Ewan, many stories about the bush and, of course, they had heard Bert introducing Australian songs at their renowned Singer’s Club, in London.

I had established Folkways in 1973 and Larrikin Records in 1974 and I wasn’t flush with money and simply couldn’t afford to mount a national tour – certainly not one on the scale that these two internationally regarded singers deserved. I had maintained a longtime relationship with the union movement and it struck me that one of the larger unions could possibly sponsor the tour. My first move was to contact the ACTU through George Seelaf who was Secretary of the Australasian Meat Industry Employees’ Union. I had been introduced to George through my old mate and fellow folklore worker, Wendy Lowenstein, who suggested George as a unionist interested in the arts. George was sympathetic and we had a wonderful evening together swapping yarns but the ATCU support wasn’t forthcoming from the then President, Bob Hawke. George suggested I talk to Laurie Carmichael, Assistant National Secretary, of the AMWU, one of Australia’s largest unions. Like George, Laurie was a lifelong communist and a man who had achieved remarkable gains for his union’s members. His secretary/assistant was Marie Robertson – no stranger to ‘people’s music’ because of her interest in New Theatre – and a keen supporter of the concept of the union being involved. After a meeting or three, Laurie committed the union’s support – they would underwrite the tour including the major costs of airfares and accommodation. I was engaged as tour coordinator and together we planned a national tour that took in media commitments, workshops and concerts. It was a terrific success in terms of audiences but, because of the relatively low ticket prices, it didn’t make a large profit. What it did do was bring unions and folk music together.

Travelling around Australia with Ewan and Peggy two of my most memorable stories concerned the media: 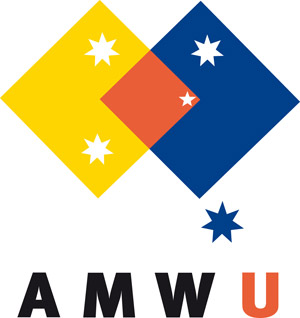 Melbourne. We had secured one of the main evening television ‘Tonight’ variety programs and were waiting for Ben E. King to finish his interview. As Benny was ushered off the set the stage manager introduced Ewan and Peggy to the great bluesman. Benny looked at Ewan and said, “Man, will you write me a song like that one you wrote for Roberta Flack about ‘The First Time’. we all laughed.

Adelaide: Another television prgram but this one was a women’s lunchtime program hosted by a rather conservative host. I’d even go as far as to say ‘snotty nosed’. Peggy, being Peggy, was all smiles as they had their pre-show briefing. The hostess insisted Peggy sing “that delightful song ‘The First Time Ever I Saw Your Face’, and Peggy kept smiling and agreeing. It was then Lights, Camera and Action as Peggy was introduced – but when it came to the song Peggy triumphantly declared, “No, I’ve got another song I’d like to sing…. it’s called ‘I Am A Union Woman’. The hostess turned a shade of red as the song progressed. We howled with laughter all the way out of the studio.

The usual concerts covered a lot of musical territory with a mix of traditional and contemporary songs and ballads however Ewan and Peggy (and I) thought it would be good to do a themed concert of ‘Songs of Struggle’. This recording, made by the AMWU, captures the spirit of songs of social change. It is a unique document and, of course, a wonderful journey with Ewan MacColl and Peggy Seeger, surely two of the most significant folk song voices and minds in the history of the world. There are even some Australian references including a song they wrote (at my insistence) on that silly old bugger, Joh Bjeke Petersen. This was not just a program of political songs for it was truly an exploration of why people wrote them, where they sang them and how. As far as I know this is the only such concert of Ewan and Peggy performing this type of concert.

I am very grateful for the cooperation of the AMWU in 2010 for so enthusiastically endorsing that this concert should live on. In particular I thank Caroline Pryor and the AMWU secretariat.
I also acknowledge the National Film and Sound Archive who undertook sound restoration on the tapes which were recorded by the union. Finally thanks to Peggy Seeger and, of course, to the memory of Ewan MacColl.

I had not listened to this recording since 1976 and, in listening in 2010, I was surprised to hear I had performed the opening set of songs.

Peggy comments on the concert:

“I REMEMBER THAT CONCERT WELL. IT WAS PELTING DOWN OUTSIDE WITH A SUMMER STORM. DOWNPOUR. LIKE BEING UNDER A WATERFALL. WHEN THE AUDIENCE CAME IN THE ROOM WAS STEAMING. AS I REMEMBER THEY MATCHED THE SOUND OF THE RAIN WHEN THEY SANG THE CHORUSES … BUT I DON’T BELIEVE THE RECORDING DOES JUSTICE TO THEIR CONTRIBUTION. IT WAS A RARE OCCASION FOR US: A CHANCE TO SING SO MANY POLITICAL SONGS AT ONE GO. WE WENT ON AND ON AND ON … WAS IT TOO LONG? I HOPE NOT. IT’S BEEN SUCH A PLEASURE FOR ME TO LISTEN TO IT AGAIN, REMINDING ME OF THE WELCOME WE GOT FROM THE UNIONS AND THE COMRADES, OF THE STRUGGLE THAT ALSO GOES ON AND ON AND ON …”

Notes from the original programs.

In 1976 the Amalgamated Metal Worker’s Union – (now the Australian Manufacturing Worker’s Union) hosted the well-known folk artists Peggy Seeger and Ewan MacColl’s national tour of Australia, running from the 6th October to the 31st. Both MacColl and Seeger’s work had a distinct ideological bent, often writing and performing songs about the union movement. Seeger was particularly well known for her songs about the women’s movement, in particular, the memorable ‘I’m Gonna Be A Engineer’.

With shows in every state and in regional centres across NSW, it was an epic production and the first time an artistic endeavour of this kind had been attempted by a trade union.

Peggy Seeger’s style is a mixture of folk techniques and tone with an almost classical flair for decoration and instrumentation. Her roots are in the tradition and her head is in the revival – a revival which is not only attempting to keep the old songs alive and meaningful, but which sees as its main objective the extending of folk methods and forms of creation, and the adapting of these to the new media of communication.

Ewan MacColl and Peggy Seeger’s Australian concert program will include a mixture of traditional and contemporary folk songs including a sampling of new songs commenting on social-political developments throughout the world.