One of the most distinctive aspects of the early Australian railway was the culture of the Railway Refreshment Rooms – or ‘Triple R’ – as they were affectionately known. These establishments provided take away food and drink and also, in some venues, sit down meals.

Quality at the RRR depended on the staff and considering that some trains rolled into the station at 3am in the morning, would stop for 14 minutes as passengers ran, grabbed and guzzled and gulped, it was no wonder some of the staff had sour faces. The RRR staff, mostly women were amongst the earliest unionised.

The RRR’s most treasured secret was the ‘railway pie’. By the 1930s the railway kitchens in each State were producing millions of pies every year. They were all steak or steak and kidney and, from memory, they weren’t half bad. Some country RRR supplied their own local pies and at Werris Creek in 2005 I talked to some retired RRR women who all claimed that the Werris Creek pies were the best ever. 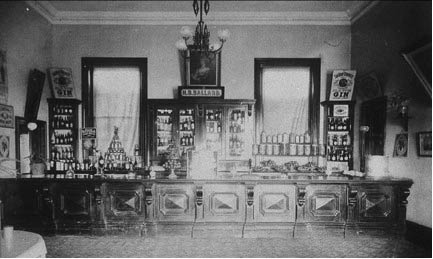 2005 saw the opening of the Werris Creek Railway Museum and nearby Memorial to railway men and women who have died in wars. The old Railway Refreshment Room houses the museum and considering Werris Creek was the first purposely-built railway town, it is well worth exploring when next you visit the New England region. The station is well preserved and the local pies are still excellent!

Two excellent references in song to the refreshments on the railways are On the Queensland Railway Line and The Triple R. 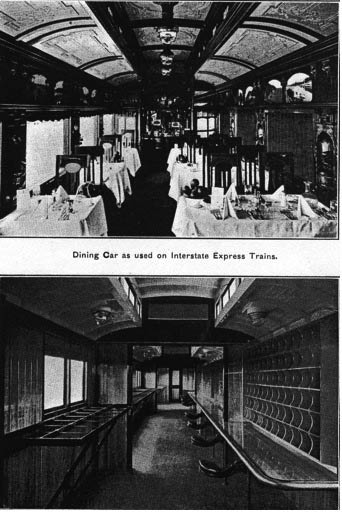 Some of the early train carriages were extremely well fitted out with gas lighting, leather seats and carpet.

‘Strafing’ could mean struggle to get through the carriage. These are the old ticket snappers that have a history of their own and Johnson, the author of this ditty, often uses the word ” flapper” the 20’s expression for women, as in ‘chicks’.

The standard RRR joke was:

“What’s worse than finding a mouse in your railway pie?”
To which the answer inevitably came:
“Half a mouse!”