HUNTING DOWN THE OLD BUSH SONGS 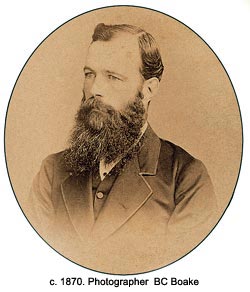 I sometimes get the feeling that I would have gotten on rather well with David Scott Mitchell. It is difficult to research in the rare book and reference section of his legacy without being in awe of his collecting zeal and breadth of interest. As the rare books, pamphlets, and unusual items such as early broadsides, roll out of the library stacks and drawers one can hardly ignore him. Often I get the eerie feeling he is standing right behind me, looking down with a certain satisfaction, as I carefully turn the pages of some long-forgotten journal.

As a folklorist and author I have a long association with the Mitchell Library and, truth be known, I would not have been able to write so many books without its partnership. I work in a specialised area where I chase curious history, forgotten lore and, depending on my current projects, those literary signposts that help us understand who we are as Australians. The prefix of DSM on the index card or computer reference is a sign that I am usually on the right track. I collect and reference Australiana and know full well how Mitchell must have been possessed by his collecting passion. What does stagger me is the extremely wide field of interest he displayed and how much of his collection crosses over into my particular field of interest.

One of my continuing fascinations has been the role of both traditional and popular song in Australian history, especially the music we created and circulated in the 19th century. I am currently at the halfway mark in a two-year survey into the folklore and curious history of Sydney as a city – from colonial days to nowadays.

It is a fascinating study involving a considerable amount of hunting through various libraries, and, as you can imagine, the Mitchell and State Library in particular. This survey includes a large component on the music associated with the city and, to this means I have had to go through early songsters, broadside collections, popular magazines and newspapers plus more unusual publications and manuscript collections where songs might be found. It is very much the proverbial ‘needle in the haystack’ exercise yet sometimes the needle is found. Most of the rare items like the early broadside ballads and songsters are the only such examples in the country. A recent example, and yet another tribute to Mitchell,

was the discovery of a series of popular songbooks called the Australian Melodist. These small, pocket-sized songsters were typical of the nineteenth century, and were published in Melbourne by J. Massima & Co, in conjunction with the Australian Journal, between 1878 and 1888. The Mitchell had volumes 1-18 and 20/21, all collected by David Scott Mitchell. This is the only significant collection of these important songbooks in any library. Mitchell had also collected several other extremely rare songbooks including the Tibb’s Popular Songbooks of 1887 and 1888, The Queenslander’s New Colonial Campfire Songbook of 1865, and Coxon’s Comic Songster published in 1858. The importance of these songbooks was brought home to me over the past twelve months while doing research on a new book tracking the history of the old bush songs.

Together with Professor Graham Seal, of Curtin University, I have edited the centenary of A.B.Paterson’s 1905 publication, ‘Old Bush Songs: Composed and Sung in the Bushranging, Digging and Overlanding Days’. The original book, commissioned by Angus and Robertson in 1885, was a landmark publication and, considering its history of numerous editions and reprints, it is unique in the history of Australian publishing. Much of the research for the current edition can be related back to David Scott Mitchell’s vision in collecting popular culture like songbooks, pamphlets and broadsides.

Two other important collections within the Mitchell Library were vital to this new study of Old Bush Songs. The Angus and Robertson collection of letters, catalogues and reminiscences must be unique in offering the early story of an independent publishing house, especially in Australia. One fascinating item was a letter from George Robertson, in the first part of 1905, to A. B. Paterson urging him to complete the manuscript that it had commissioned ten years earlier.

There is money for both of us in that old bush songs volume. Do get together what material you have and let us get it out even if it only makes a slender volume. No doubt the first edition would only be a tentative one; but it would bring in plenty of material for the second if you asked for it in the prefix. Stephens (of the Bulletin) will do it if we don’t.

It is no use asking you about your novels, I suppose. I wish you were hard up – we would get them then all right!

It is interesting to work with this rare material as the correspondence was maintained in what was called a ‘letter book’. These large format, heavily bound, folios contain the copy sheet of all correspondence however, because the copy was made by the ink soaking through from the original, they are difficult to read. The fact that the pen was actually a nib and the handwriting of desk clerks rather florid, the reading is often a painful task. This is literally a kid gloves and magnifying glass exercise.

George Robertson undoubtedly thought that a book of bush songs would make enough money to warrant subsequent editions, and he was right. When Old Bush Songs Composed and Sung in the Bushranging, Digging and Overlanding Days was published in 1905, its success was immediate. Angus and Robertson printed and published in Sydney and E. W. Cole simultaneously published in Melbourne. It was reprinted in 1906, 1912, followed by a six year break, no doubt because of WW1. Paterson offered a revised and enlarged edition in 1924 with reprints in 1926 and 1929 followed by a revised edition with an additional song in 1930. In 1932, the eighth edition appeared, probably the worst year of the Great Depression, evidence of the book’s continuing popularity. In 1937 an associated publication ‘Swagman’s Treasures: Five Campfire Ditties – words from Paterson’s Old Bush Songs’ was published with music by L. Lavater. In 1957 the Bulletin’s literary editor, Douglas Stewart and Bulletin contributor, Nancy Keesing, edited a considerably enlarged and revised edition as ‘Old Bush Songs and Rhymes of Colonial Times’, which was reprinted in 1967 and 1976. In 1983, Angus and Robertson, who had published all the proceeding editions, issued Graham Seal’s revised edition ‘Banjo Paterson’s Old Bush Songs’, the first edition with musical transcriptions. In 1987 Times House Publishing republished the Stewart and Keesing collection as part of their Collector’s Library series. The centenary edition, the first for twenty-two years, fc_music_mitchell.htmlcelebrates the travels of old bush songs, the pioneering role of Banjo Paterson and Angus & Robertson, and, in some ways, the work of David Scott Mitchell.

The other important collection in researching Old Book Songs was the Nancy Keesing manuscript collection. Nancy Keesing was a poet, journalist, writer and collector of folklore. She edited, with the Bulletin magazine’s literary editor, Douglas Stewart, the 1957 edition of Old Bush Songs. This was the first issue to revise and enlarge the collection since Paterson’s last revision in 1930. In exploring the Keesing papers I soon realised that the writer was a real bowerbird and the collection contained all the correspondence with old-timers who had contributed information or songs for the collection. There were also the numerous detailed research books that the editor had used to document her research.

It has been suggested that Mitchell’s enthusiasm for collecting Australiana was encouraged by George Robertson. I suspect this is not quite true and it was more likely to be Fred Wymack, a Director of A&R who had started as an office boy and had long held a keen interest in Australiana. It was, of course, Wymack who delivered one of Australia’s literary treasures – Barron Field’s First Fruits of Australian Poetry to David Scott Mitchell in July of 1907. The great collector and benefactor died with this rare find in his hand.

Old Bush Songs: The Centenary Edition of Banjo Paterson’s Classic Collection. Edited by Warren Fahey and Graham Seal and published by ABC Books was launched at the Mitchell Library Wing on 28 July, 2005.