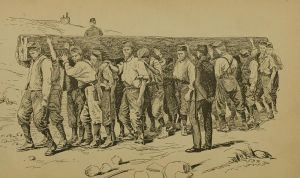 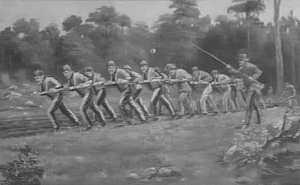 The Life and Experiences of an Ex-Convict. 1900

When a man had finished his sentence in the chain gang, he was sentenced to a road party, and it was Heaven to the chain gang. There was not so much slavery, and it was possible to get a sort of bed to lie down on at night, if it were only a sheet of ti-tree bark. The men got a little more food, too, and they were allowed to cook it themselves; but it was often a straggling piece of meat with about as much fat on it would grease the eye of a packing needle.