The late Denis Gibbons has remembered Traynor as an extremely intelligent albeit self-destructive individual, who “drank like a fish” and could, on occasion, “knock off half a bottle of whisky, play the trombone like a madman and then collapse”. Danny Spooner recalls him affectionately as a volatile – if loveable – character, prone to hair-trigger outbursts which were forgotten just as quickly. Traynor’s distinctive laugh reportedly earned him the nickname ‘El Cacklo’ amongst patrons of the nearby Greek Club. On one occasion (legend has it), he was chased down Lonsdale Street by an irate group of Greek Club patrons after he lost his temper and struck one of them with a pool cue. On the other hand, Ken White recalls Traynor as a unique musician and mentor and an unequalled authority on all the glorious eras and players in the jazz world. He frequently spent hours teaching White and Squance (and, later, Margret Roadknight) all about the great bluesmen, often jamming with them into the early hours. “Frank taught me all about the mathematics of music”, notes Roadknight. The name ‘Jazz Preachers’ underlines the man’s fervour for his art. While he might have been unsuited to the mundane realities of running a business day-to-day, Traynor “had his finger on who played there” to a greater extent than has generally been recognised. For a while, he ran a booking agency and, for several years (1967-70), he contributed a regular Folk and Jazz column  to the youth music journal Go-Set.  More practically, he frequently provided struggling performers with temporary floor-space or a decent meal. “If it hadn’t been for Frank, the folk movement would not have evolved the way it did”, observes Mary Traynor. 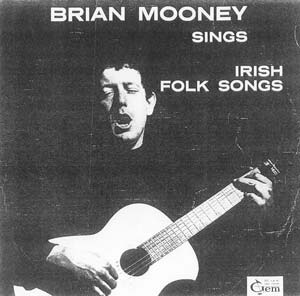 Traynor and Carless scouted around for barrels, camp-stools and other furniture and assembled the first roster of performers, and Traynors opened (initially) two nights a week (Friday and Saturday). The first line-up consisted of Tomasetti, Brian Mooney, Martyn Wyndham-Read, David Lumsden and Trevor Lucas ; on Sunday afternoons the premises also played host to Tomasetti’s ‘Folksingers and Minstrels Club’.

From the outset, and throughout its lifetime, the club provided patrons with a mix of both jazz and folkmusic. The jazz formally started after midnight (Fridays and Saturdays) although jazz-buffs would start to wander in around 10.30; accordingly, management was careful to ensure (where possible) that blues singers were scheduled for the last few folk sets of the evening. There was generally a big exodus (three quarters of the audience) just before midnight, then the diehard jazz musicians would start to roll in from their gigs elsewhere around town.

In its first year of operation, music critic Leonard Radic gave the club an extended write-up (and useful publicity) in a survey of Melbourne’s jazz haunts for the Herald:

… there are no neons outside the centre. Not much light inside, either. Two candles on the wall, a few low-watt shaded lamps hanging from the ceiling. Hessian draped across the window of this one-time espresso cafe shuts out the outside world … You go in by the side door. At first you cannot see. The atmosphere is dim, but not smoky. Reminds you of a similar dive in Soho. What was its name? Le Caveau? Anyway, the name fits pretty well. The cashier’s desk is a low table, neatly stacked with shillings and two shilling pieces. In the background the patron stands flicking through a roll of notes. “Two? That’ll be 10 bob. You’ll find a seat inside”. If you’re lucky. Seats, when eventually you spot a pair, are low canvas affairs with inclined wooden seats. Very good for ceiling watching. Kegs take the place of tables.

Radic went on to describe the patrons: young, earnest, a mix of schoolgirls and university students, uniformly dressed in black. “Coffee is served in mugs, one shilling each, serve yourself in the annexe. Yours leaks, but this isn’t the Menzies, so you don’t complain”. A big curly-haired man in a turtle-necked sweater takes the stage.

His voice is good and powerful … Irish ballads are his specialty. He sings a bracket of them … Loud applause each time … At the next coffee break you have a word with the singer. His name is Brian. Singing is his only work. “I make a living – just”, he says. “Of course, I can live on the smell of an oily rag. I’ve got used to it”. [Herald, 19 Aug 1964]

Traynors was, of course, officially a dry venue. Coffee was the strongest beverage formally available to the patrons although more than one regular recalls a terrible concoction of Coca-Cola and red wine, which looked like black coffee and was known as ‘Black Death’, surreptitiously changing hands. (The post-midnight jazz meets were always liberally oiled with wine provided by King & Godfrey in Carlton). Served with pre-packaged cheese and biscuits or pastries provided by a local Jewish baker, the coffee itself came from Grinders in Carlton and was, in fact, the best quality available in Melbourne at that time. Unfortunately Traynor was frequently inspired to prepare it Turkish-style, boiling up coffee grains in big pots of water and allowing the resultant brew to stew ‘for a bit’ (a process which horrified his Italian-born second wife Mary). Once 6 o’clock closing ended in 1966, a number of the singers tended to congregate at the local pub (the International).  The more resilient among them might then ‘kick on’ half the night at the Greek Club before staggering into work the next morning. As well: “there were always parties” (remembers Danny Spooner), “in kitchens – near the fridge … where everyone could join in choruses, trade songs, learn guitar runs”.

The venue was a success from the start. Originally appealing primarily to the folkmusic afficianado, by 1965 Traynors was opening every night except Monday. (“I think it even opened on a Monday at the height of popularity”, notes Martin Wyndham-Read). At a time when other Melbourne venues were facing a marked downturn in business, Carless was able to inform the press that audiences at Exhibition Street – “people who are really interested in folk songs” – were increasing [Australian, 20 Feb 1965].  For a while, it was “the thing to do”. Anyone who was anyone in Melbourne at that time would call in. On one occasion, Adrian Rawlins brought in the legendary beat poet Allen Ginsberg who proved himself a “real person” by insisting on paying the entrance charge. A touring Lou Killen and Liam Clancy once sat up all night debating the folk revival with Julie Wong and Frank and Mary Traynor. Another time Lenore Somerset came in accompanied by Odetta. For a couple of years Saturday night performances were recorded live and then broadcast by Denis Gibbons on Radio 3AW the following afternoon.